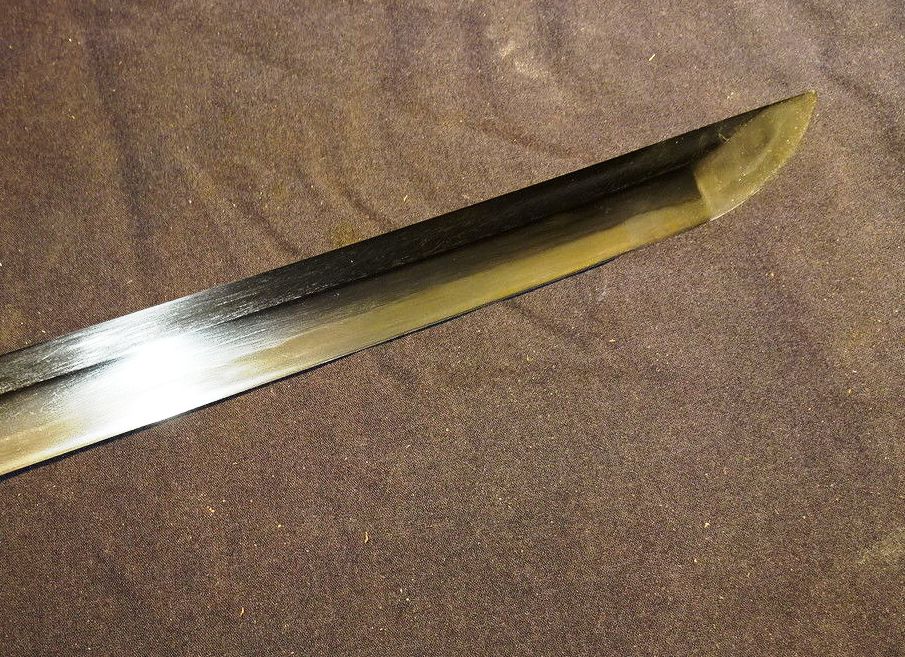 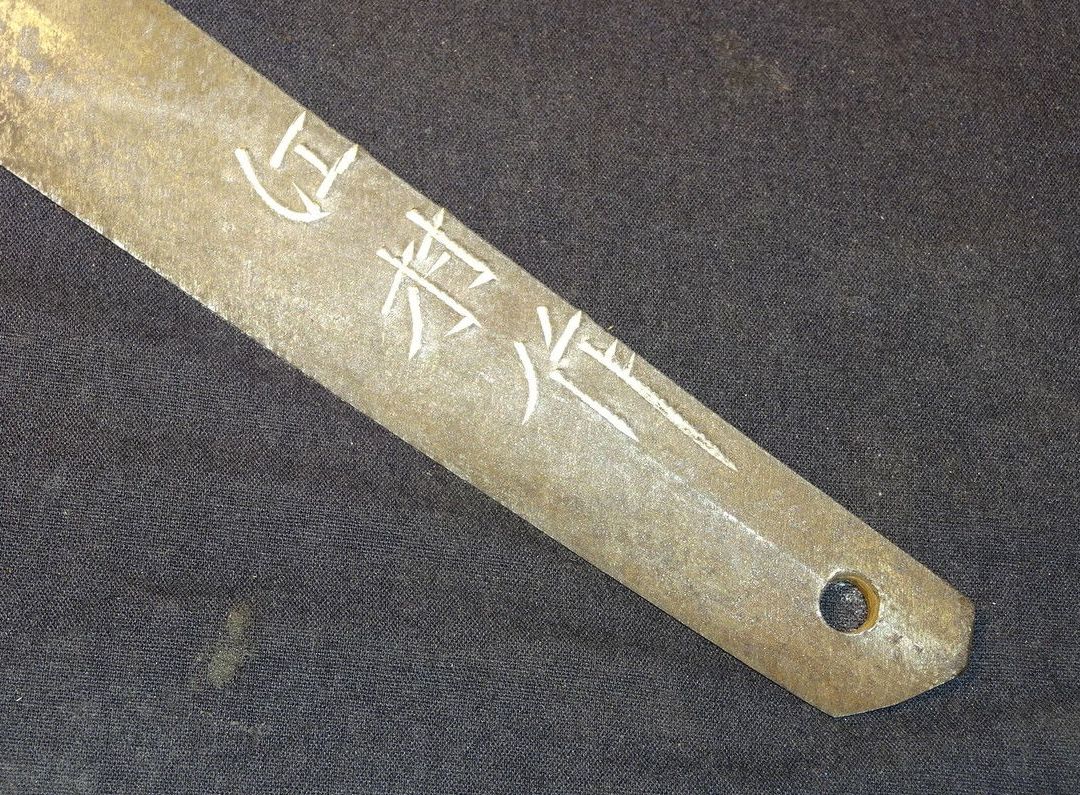 This is a Japanese WWll type 44 officer`s sword made personally by Emura for an army Colonel.

Emura's was head of Okayama prison, started making swords as a hobby during WWll time period and also trained prisoners to make sword blades in support of the Japanese war effort.

This blade is traditional hand forged, in excellent old polish and cutting edge is very sharp.

Sword with this signature is said to be personally forged, signed by Emura himself and of the highest quality. These blades were mostly carried by very senior officers.

There is at least one documented case of a Japanese Army General surrendering an Emura blade at the end of the Pacific Conflict. Lt-Gen.(Japanese 17th Army) Kanda Masatane's sword, an Emura made blade, was surrendered on September 16, 1945 in New Guinea to Brigadier Garret of the Australian 2nd Corp. The sword now on permanent display in the Australian War Museum.

Emura-san made numerous very good blades in his life time and he died in 1960.

The scabbard is heavy metal scabbard, shows tiny age dents and minor wear but in excellent condition. It has a very unique feature of a woolen cover with leather end protector that seems to be customized to protect the blade from cold wear rather than from combat damage. It shows how much the owner treasured the blade like his own child.

During World War II a swordsmith named Chounsai Emura (real name: Emura Shigetato), originally from Tokushima in Shikoku, operated a swordmaking school on the grounds of the Okayama Prison. He made sword blades himself and also trained prisoners to make sword blades in support of the Japanese war effort. Emura san died in 1960. He made numerous very good blades which are now much sought after by collectors and students of the Japanese sword.
The following is taken from an article from TOKEN SYNZU (Showa 55, Feb. 7, No. 213) as translated by Chris Bowen:

Yoshikawa Tsunetaro (father of the current NTHK head, Yoshikawa Kentaro) wrote an article in the Token Synzu called "Nihonto to Kyo ni", which means roughly, "Swords and I". In this article, Yoshikawa sensei reminisces about his days as a polisher and official for the military's sword polishing office during the war years. In the middle of the article, he mentions an Emura san, the head of a prison in Okayama. Yoshikawa states that in his official capacity, he often travelled around the country to inspect and "looked in on" various tanrenjo around the country. He mentioned that his visit to this prison forge was perhaps the most touching of his trips. He states that Emura san signed blades "Emura" and sometimes "Emura Chounsai". He says that he made blades in the Bizen style with choji hamon. (3)

"Among my visits, the most memorable was a visit to a prison in Okayama. The head of the prison, Mr. Emura, while not a professional smith, made swords as a hobby. The swords made (by Emura) were polished within the prison by the prisoners. Blades were signed using his family name, "Emura", and also "Emura Chounsai". These blades were made with a nioi based shimatta choji in the Bizen tradition.

Price : NOT FOR SALE